I woke up this morning and had planned to just toast a bagel with some cream cheese, but was reading some online posts and a friend mentioned one of my favorite foods, Soyrizo! 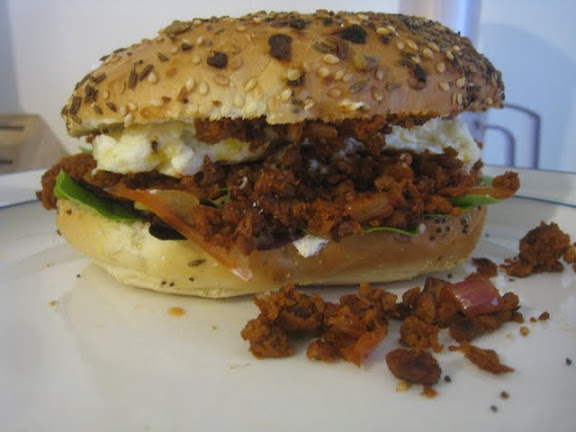 Soyrizo and Egg Everything Bagel Sandwich!!!

I realized we had some Soyrizo in our fridge from a little while back and decided I’d make good use of it.

1. Separate the egg whites from the eggs into a mixing bowl. Whip the egg whites to mix them up. Stir in the cheese and whip some more, making sure cheese is mixed in well. Season with Lemon Pepper and Garlic Salt. 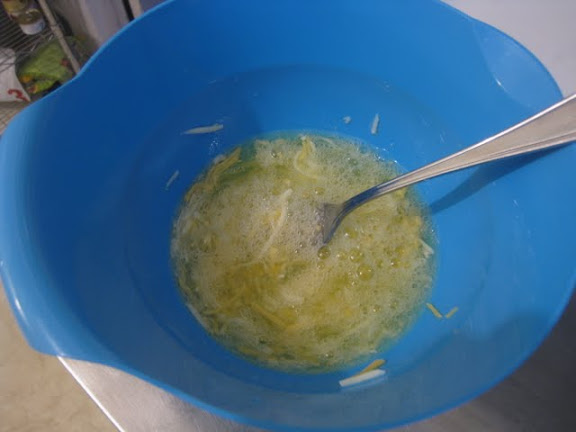 2. In a medium non-stick heat pan, greased with spray oil, pour the egg white mixture and cover (do not stir) and begin the next step. 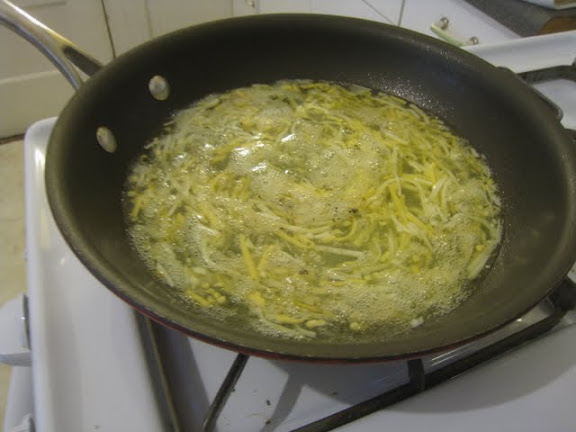 Egg whites and cheese in the skillet

3. Chop up your onions and set aside. Slice open the Soyrizo using a knife, going along the side of the package so that you can open it from the side and not have to squeeze it from the tube. 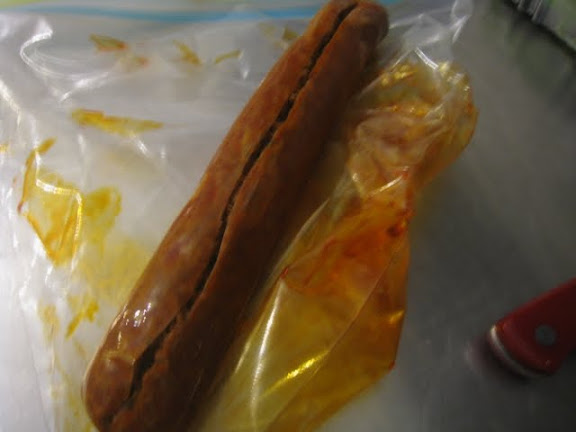 4. Cook the onions and Soyrizo over medium heat until the eggs are done. 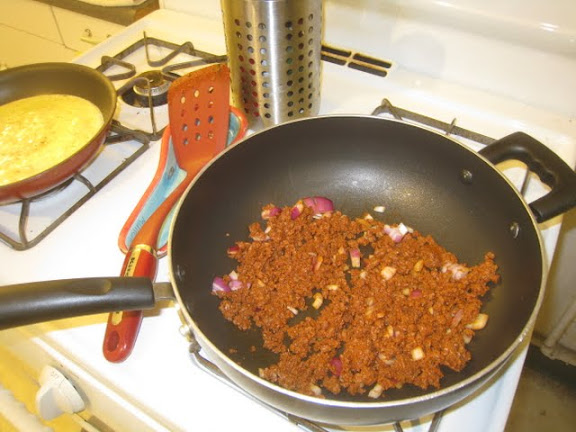 Soyrizo and onions cooking alongside the eggs

5. Check on your eggs and when they appear to be getting firm on the bottom side, you can slice them in half with a spatula and flip over each side to begin cooking the topside. Cover for an additional 5 minutes or so. 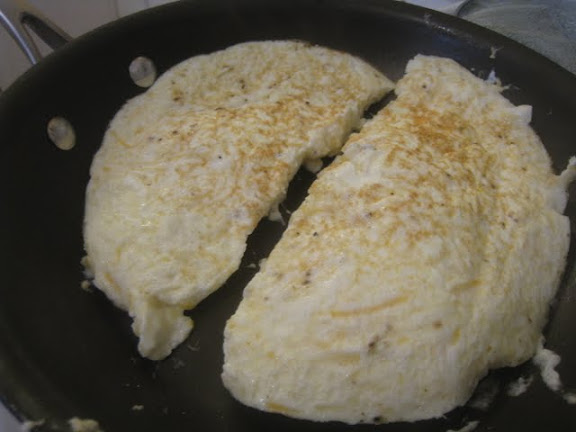 6. When the eggs are done begin assembling your sandwich.

7. I put the cream cheese down on both sides, then I assemble the lettuce on the bottom side in a well covered layer. 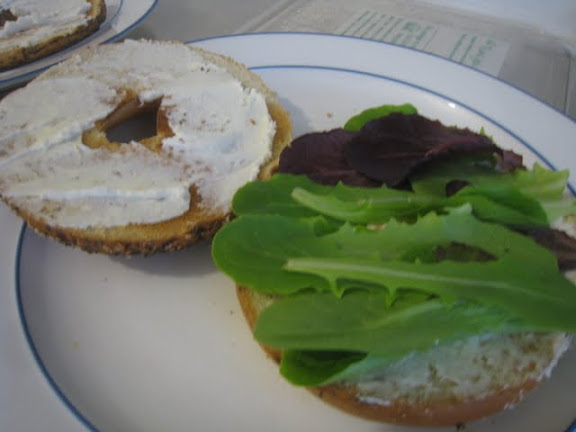 8. Next I put down the tomatoes, followed by the Soyrizo mixture. (This part can be adjusted if you like. I made the mistake of crumbling up my Soyrizo more than I wanted. I think if I had made more patty-like Soyrizo then it would have been less messy, but it held together in the long run still.)

9. Next grab your egg, either a 1/4 of the pan like I did, or a folded in half 1/2 of all the egg. I made too much egg so I used only a 1/4 pieces of the entire pan. So, if you were using less, then you could take half of the egg from the pan and do a nice folded egg layer on your bagel. Place the egg on top of the soyrizo and then put the top of the bagel on. 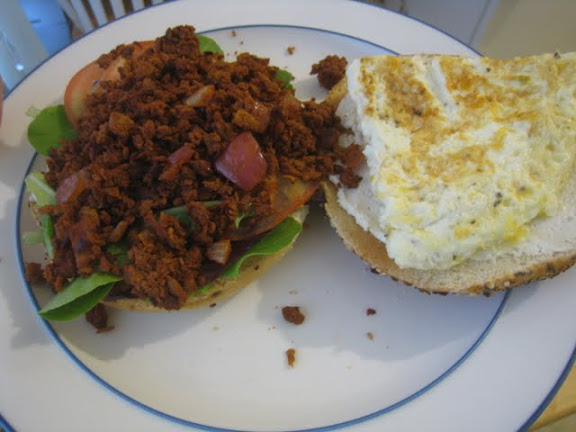 All the pieces together, ready to put together

10. Press it all down slow and firm to get the ingredients to hold together a bit better. I didn’t slice mine to eat it, and it held together nicely, and I was cautious to eat it a bit more level than usual. The Soyrizo does crumble out a bit. 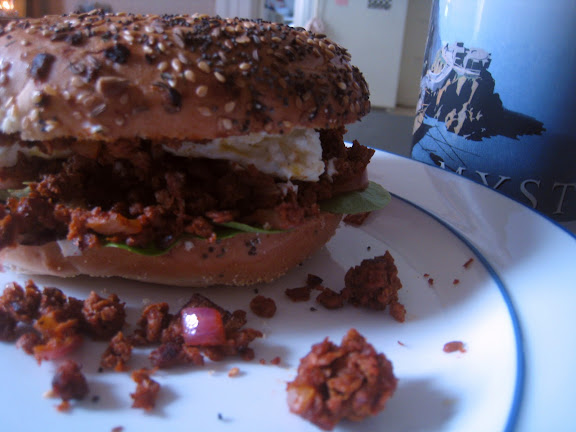 The sandwich, done, accompanied by some coffee in my Myst mug. Yes, I have a Myst mug.