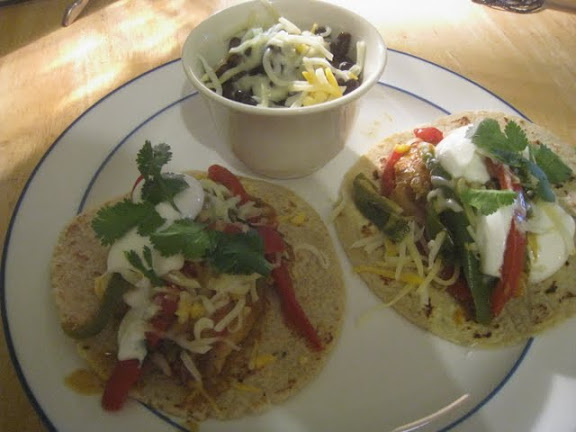 Chicken Fajitas with a side of Black Beans

Fajitas are one of my favorite dinners.  I had not made them in a while though because Mack had complained that most of the time, chicken fajitas were just disgusting bits of dry chicken that had been over-cooked in water and then poured into tortillas.   I never really considered how often chicken fajitas turn out exactly like that.   I myself have been guilty in the past of buying one of those “Lawry” fajita spice packets and boiling the chicken in it.  Up until this point though, I never really considered finding another way to make fajitas.

I searched around the internet for recipes, and I liked the one from Food & Wine the best.  I basically followed the recipe, but I added extra bell peppers, cilantro, and garlic (of course!).  I’m happy to report that these fajitas were neither dry nor disgusting… and Mack has agreed to let me make them again soon.   🙂

1. In a resealable plastic bag, combine the chile powder with the salt, cumin, onion powder, garlic powder, garlic, cornstarch, water and 2 tablespoons of the oil. 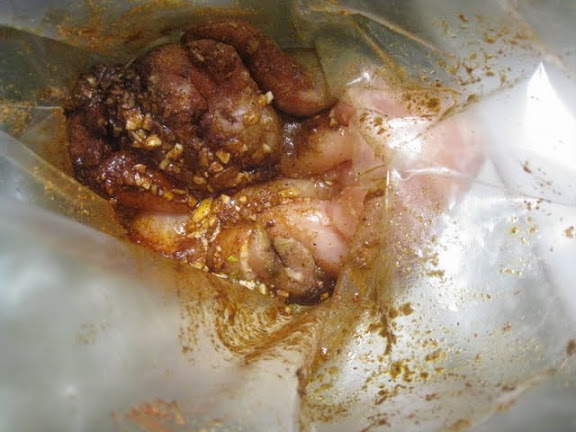 2. Add the chicken, bell pepper and onion, seal and knead gently to coat. Refrigerate for about 20 minutes. 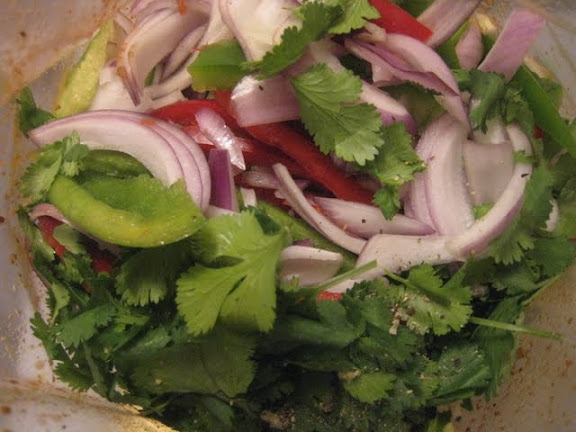 3. Heat the remaining 1 tablespoon of oil in a large nonstick skillet until shimmering.  Remove the chicken from the bag and cook over med-high heat, stirring occasionally until the chicken looses most of its pink color. 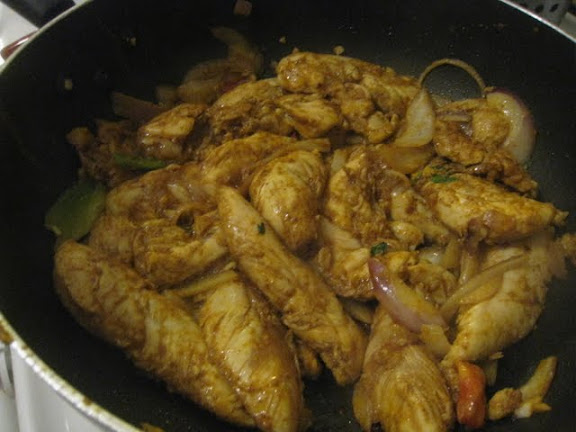 5. Empty the remaining contents of the bag into the skillet and cook over high heat, stirring occasionally, until the vegetables are crisp-tender and the chicken is cooked through, about  6- 10 minutes. 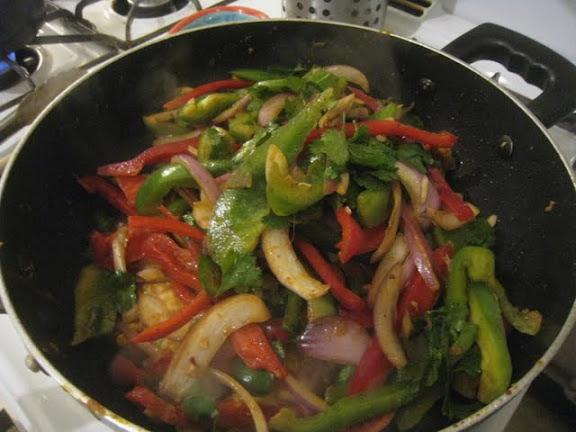 6. Remove from the heat and stir in the lime juice. 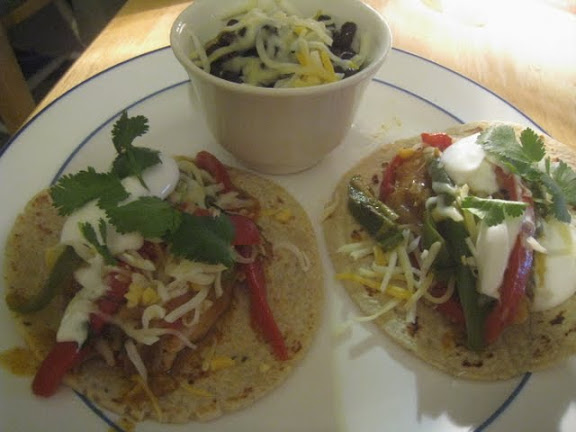 Chicken Fajitas with a side of Black Beans

7. Serve with the warmed tortillas, lettuce, cheese, salsa, sour cream, cilantro, lime wedges, and a side of black beans.