I would say that bacon has jumped the shark, but I don’t think that’s possible. Can bacon’s popularity ever begin to go downhill after reaching such trendy peaks as it has in the last few years? I guess you’ll just see less odd incarnations of bacon, such as bacon flavored lotion and toothpaste, but we’ll probably never see eating bacon drop in popularity. BACON IS TOO DELICIOUS. I put this in all caps because: 1. I’m yelling, and 2. It means it’s more important.

So, if you have guessed by now, this blog is about something with bacon on it. This year for Thanksgiving we were the hosts for the first time as a married couple. Some of our guests had dairy, gluten and egg allergies, so we did our best to make them feel welcome and cooked some foods they could eat. I’ve been dabbling with these sort of recipes for a bit now, so I always enjoy the challenge. 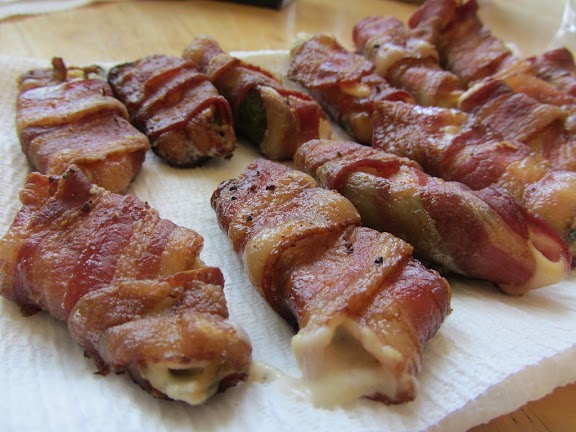 As an appetizer I decided to make Bacon Wrapped Jalapenos stuffed with a non dairy cream spread, which I typically stuff with cream cheese. I had planned to use Tofutti which Trader Joe’s normally has, but they replaced it with a nameless Non-Dairy Spread cream cheese, so this is my recipe using that. 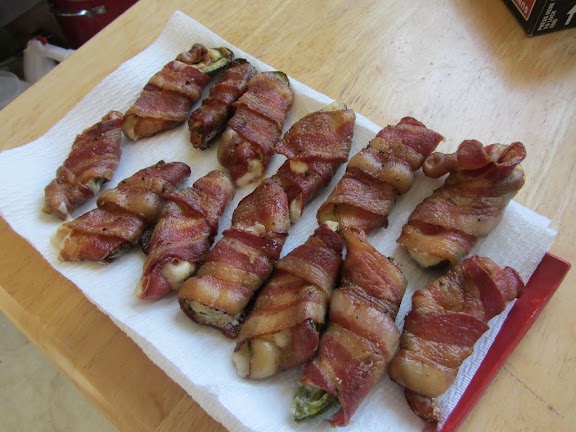 Now you have an entire sheet of bacon wrapped Jalapenos you need to eat. Lucky you!