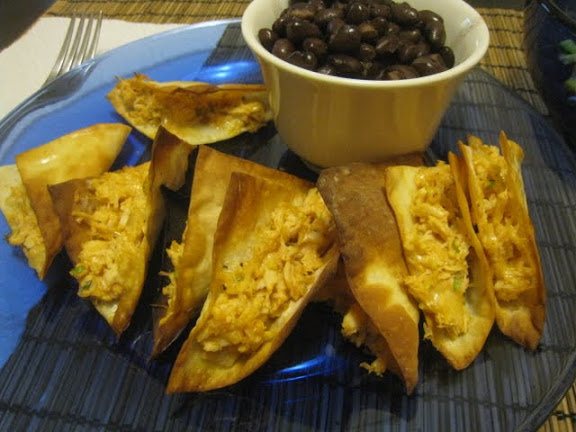 The idea for the won-taco was born out of a contingency plan that we didn’t end up needing.  Mack and I bought a bunch of wontons wrappers when we were out shopping for the raviolis as a back-up plan just in case the pasta didn’t turn out well.  (Oh by the way, you can substitute wonton wrappers for ravioli pasta.)  Well, luckily the pasta for the raviolis turned out great (see link…), but we had a bunch of wonton wrappers left in the fridge.

I saw a recipe a couple of months ago on the “Hungry Girl” website for an Applebee’s “swap” where they took a fattening appetizer at Applebee’s and made a healthy alternative.   I only remembered this one because they use wonton wrappers to make these wonton tacos http://www.hungry-girl.com/chew/chewdetails.php?isid=2136

Hungry Girl website has a ton of low fat recipes.  They specialize in offering lower fat alternatives for fatty foods.  Some of these recipes work and some of them don’t. (For instance, the “shirataki soy noodles” swap for regular pasta did NOT work.  So gross.)

Typically, I haven’t loved the recipes that I’ve tried from them, but I HAVE gotten some good ideas there.  Using wonton wrappers for taco shells was one of those great ideas.

I whipped up the taco filling with ingredients that we already had in the house.  You could really fool around with this one a lot to add whatever you like to the tacos.   Next time, I may add chopped black olives or green chilies to the chicken & cheese mixture.  Mashed up black beans would be good too if you wanted to skip the chicken. 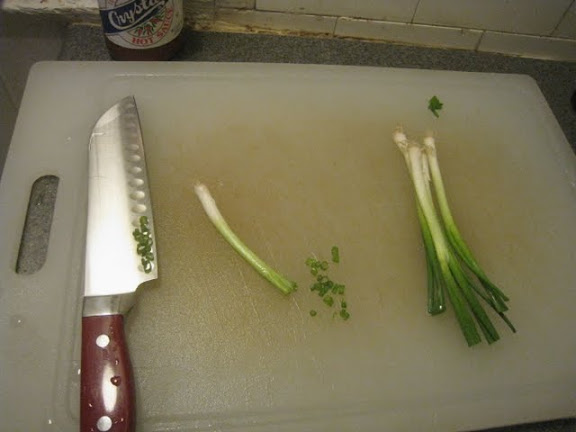 Note that the wontons are very delicate after they are baked.  Some of them closed completely shut so I couldn’t open them up to add chicken mixture.  In the end, I made about 25-30 won-taco shells, and used about 20 of them.

We ate every last one.  They were super good & crunchy.  Wonton wrappers have a lot less fat and calories than traditional taco shells too, so these are a good way to get your taco fix without feeling guilty afterwards. 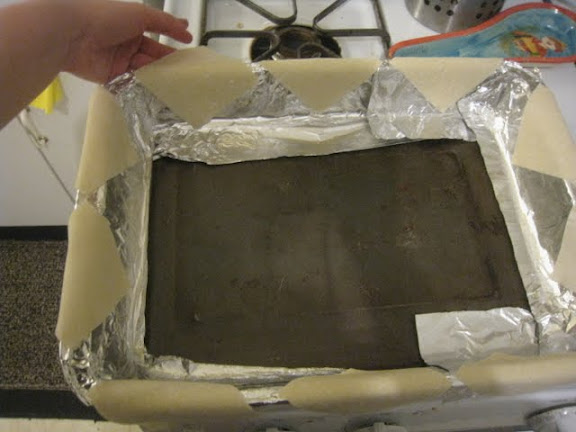 2) To make the wonton shells, spray the inside and outside walls of a deep square or rectangular baking pan with nonstick spray. Evenly drape wonton wrappers over the pan’s walls on a diagonal, making triangle-shaped “shells.” (Use two pans, if needed, to keep wontons from overlapping.) Bake for 3 – 4 minutes, until just crispy enough to hold their shape. Remove pan from the oven and set aside to cool. 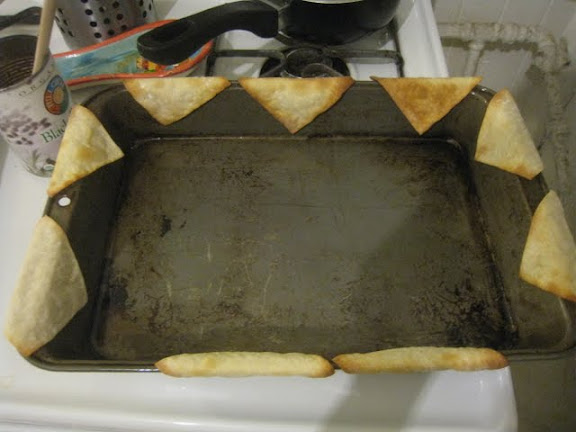 Baked Shells, Cooling in the pan

3) Use two forks to shred the chicken. 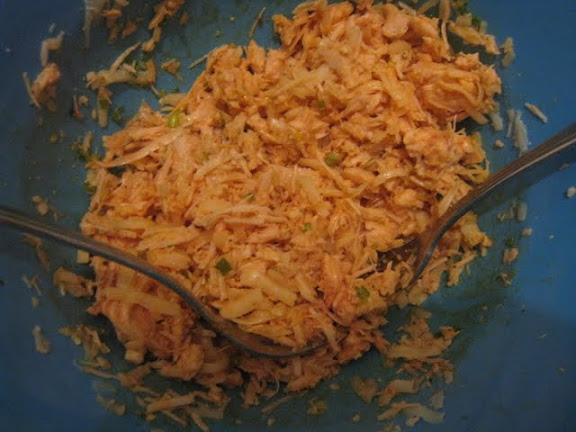 5) Spray another baking sheet with nonstick spray. One at a time, carefully remove wonton shells from the pan and fill each with a heaping tablespoon of chicken cheesy mixture. The amount that you can fit in the won-taco shell will vary. Lay filled wontons gently on their sides on the baking sheet. 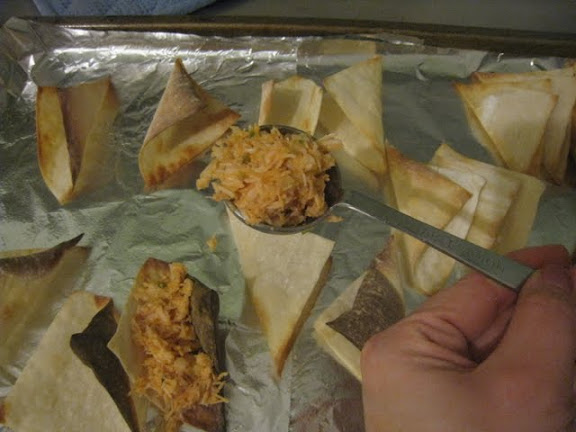 Spoon About 1 Tbsp Per Shell

6) Spray the upward-facing sides of the wonton shells lightly with nonstick spray (for added crispiness) and bake for about 5 minutes, until warm and crunchy. Let cool slightly and serve. 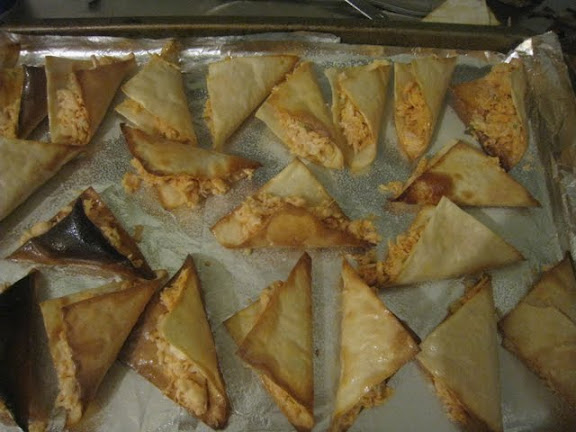 We had this with a side of black beans and leftover zucchini salad that Mack made the day before. 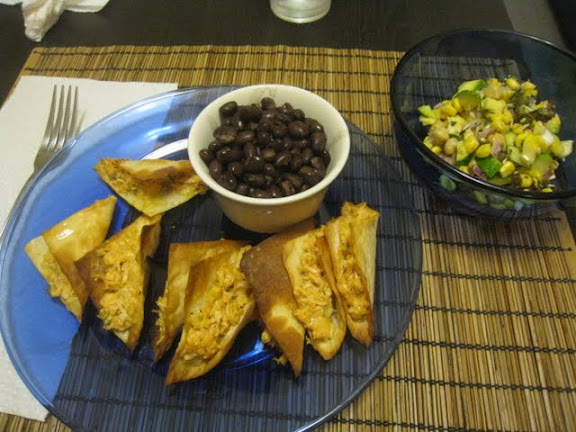 5 Responses to Chicken & Cheese Won-tacos! (Tacos Made with Wonton Wrappers)