The evolution of a blog. That is what you are seeing. We began this blog project to cook pretty much anything and everything that tasted awesome and amazing and share it with you. Well, I recently went to the doctor and found out that I needed to manage some of my food intake a bit better. I’m in a testing phase of trying to lower my bad cholesterol and increase my good cholesterol and at the same time increase my exercise and be sure that my liver is okay regarding moderate alcohol intake.

So, what I have begun to do is monitor my daily food intake, track the cholesterol and avoid it as much as possible. More on this later and the more experimental and alternative foods we have been preparing, but for now, meatless burgers!

I know that most of you meat lovers are reading this and saying, “gross, no thanks and piss off”. I’m a meat lover. I know it sounds gross to eat a fake burger, but these are good. They are not something frozen you find in your supermarket full of mystery items that taste like a hockey puck soaked in hummus. These are tasty, healthy and easy as heck to make.

I got the idea to do some meatless burgers from a past roommate of mine who is a vegetarian MMA fighter. Her and her boyfriend would make meatless burgers and they looked great. So, I was trying to come up with a way to use more vegetables and make something that would fill the void of meat while I worked on adjusting my habits and getting my cholesterol under control. I plan to eat meat most likely forever, but just in more moderate and reasonable amounts.

I keep thinking about the foods I was eating in the weeks leading up to getting my blood tested and results back and I realize I ate some healthy stuff, but I also ate anything else I wanted to as well and wasn’t exercising in any way shape or form. So I’ve begun a slow increase in exercise and am now watching my foods.

On to the burgers!

I have made these 3 times, always changing something. I began by using this recipe as a foundation and adapting to it: Homemade Black Bean Veggie Burgers 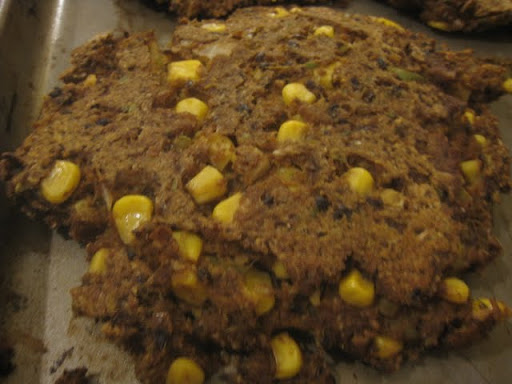 I know this doesn’t look fantastic, but stick around, these tasted great and the ones after tasted even better.

Okay, so this above procedure was my first attempt at making these. What I took from it was that I need to make them thicker and actually shape them more like a burger and make them how I want them to look in their finalized state. They don’t spread out or shrink much during cooking. On the next batch I made, I omitted the corn, added 1/2 a cup of quinoa and used Cumin instead of Curry Powder exclusively, because I went and bought some.

The third time I tried to make veggie burgers I did it using Garbanzo Beans instead of black beans! And a few other different ingredients, I’ll list them below, but the procedure is still very much the same as above.

Follow most of the steps above for the black bean burgers. You obviously have to grind your own bread crumbs out of the Wasa crackers and add the basil to the veggie mixture. 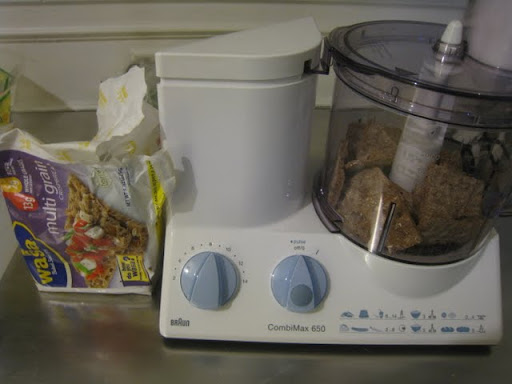 Wasa Crackers about to be ground

When I was done and ready to cook them I opted for frying them in a pan with some spray on olive oil instead. I liked this much much better than baking them. Also, using garbanzo beans made them look much more like hamburger once the chili powder was added to the mix. All the pics below… 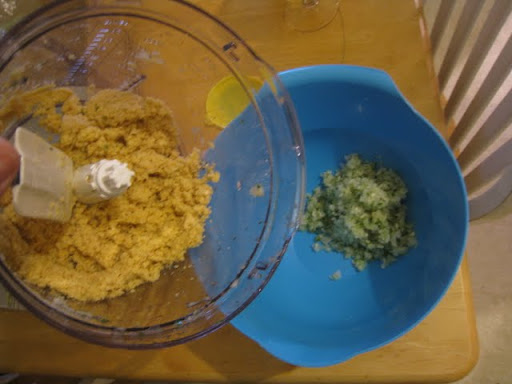 Mixing Garbanzos with the Veggies 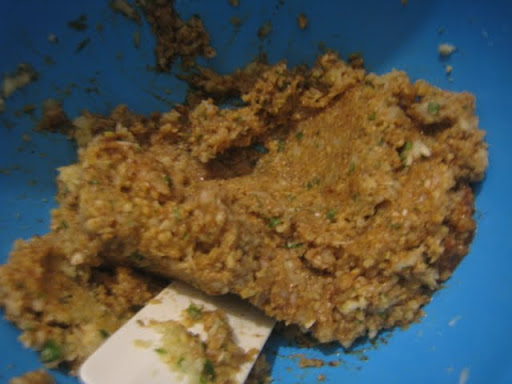 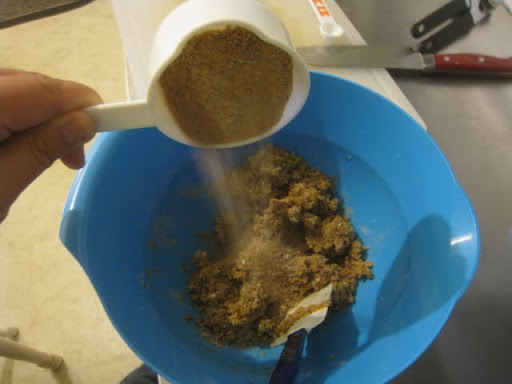 Pouring in the Wasa Crumbs 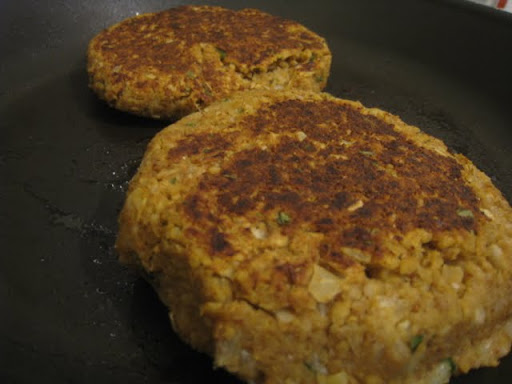 Pan Frying the Garbanzo Burgers - Look at the color!

I plan to make a lot more of these and freeze them next time so I can just whip them out and pan fry and enjoy at my leisure. Some people also add rolled oats, green apples and rice. You can basically experiment once you master the base ingredients and see what you like.