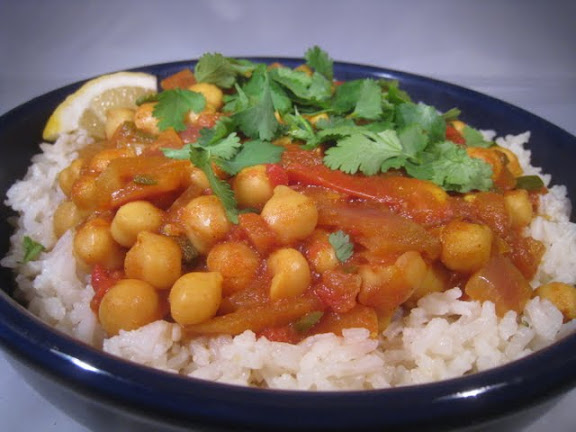 Chana masala is an Indian dish made with garbanzo beans, tomatoes, onion, and spices.   This is the first Indian dish I’ve ever made, and it is also one of the easiest and most delicious dishes ever.

I have loved Indian food for a while, but I have been hesitant to cook it because frankly, I didn’t want to buy 10 different spices just to make one dish.   Well a few months ago I found the smitten kitchen recipe for chana masala, so Mack and I decided to start slowly collecting all of the Indian spices needed to make it.  Everytime I’d go to the spice section of the grocery store, I’d see what spices were on sale, and grab them piece by piece, until we had everything we needed to make the dish. 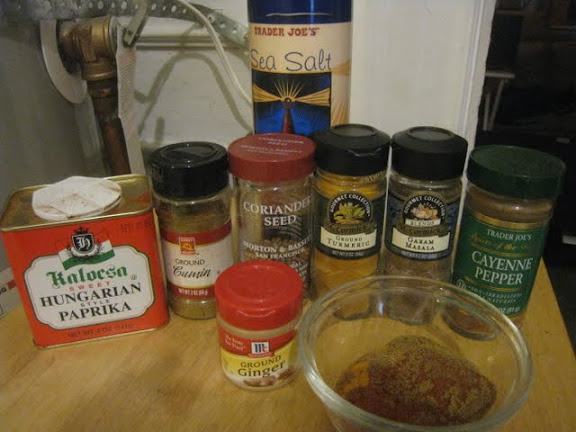 Something to consider is that after you spend the initial money on the spices, everything else is super cheap.   Garbanzo beans were on sale 2 cans for $3, a can of diced tomatoes was $2.99, and an onion was $1.  So Mack and I ate dinner for two days on about $7.  It really doesn’t get much cheaper than that for a healthy meal.

Once you have your arsenal of spices assembled, this dish couldn’t be easier to make.   I like to make it for a weeknight dinner because it only takes about 30 minutes to cook  from start to finish.

One suggestion I will make is that you should measure out all of your spices before you start cooking.  That way, when it’s time to use them they’re all ready to go.    It actually takes a bit longer than you would expect to run back and forth from the computer to see the recipe and then run back to the stove to measure out the spices, then back and forth again.

I basically use the recipe from smitten kitchen below, but I use 3 cans of garbanzo beans (instead of 2) and I use an extra whole chopped tomato in addition to the 15oz can of tomatoes, so that we have more leftovers to eat the next day.   I also add fresh cilantro which is not included in the smitten kitchen recipe, but I think it really adds extra deliciousness to the dish.

Preparation
1.) Heat oil in a large skillet.
2.) Add onion, garlic, ginger and pepper and sauté over medium heat until browned, about 5 minutes. 3.) Turn heat down to medium-low and add the coriander, cumin, cayenne, turmeric, cumin seeds, amchoor (if using it), paprika and garam masala. 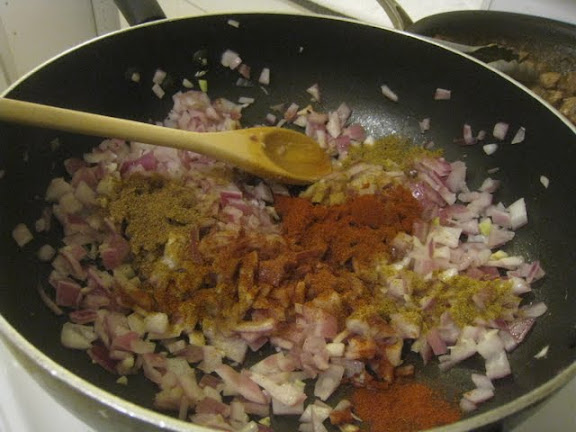 4.) Cook onion mixture with spiced for a minute or two, then add the tomatoes and any accumulated juices, scraping up any bits that have stuck to the pan. Add the water and garbanzo beans. 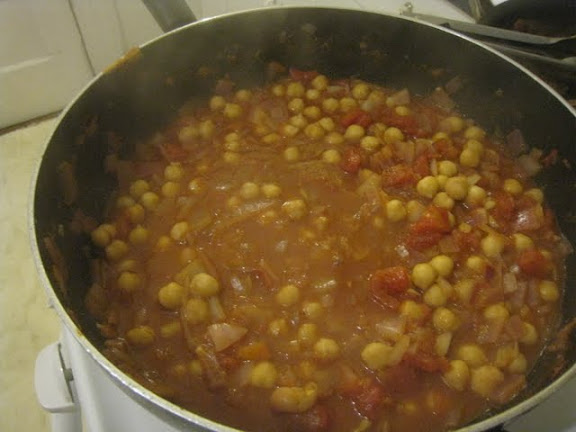 Add tomatoes and water, and simmer

5.) Simmer uncovered for 10 minutes, then stir in salt and lemon juice.

One Response to Chana Masala