Our friend who used to give us the ice chest load full of vegetables every Monday has moved. He stopped giving us the vegetables a few months back because he stopped doing his farmers market booth. So in preparation for moving, his wife, who is an excellent chef, decided to part with her stack of cook books that she’s acquired over the years. I think in all she gave us around 12 or so, very large cook books. 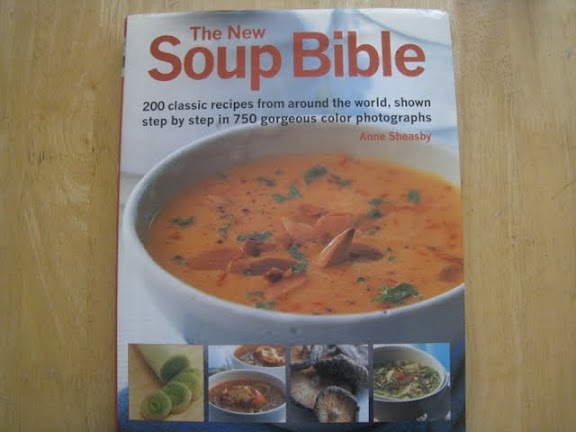 Among them was The New Soup Bible

by Anne Sheasby. This book is quickly becoming my favorite place to turn for recipes to try. I never realized how much I love making soups. And when trying to cook a large meal that we can eat for a few days a soup is perfect. 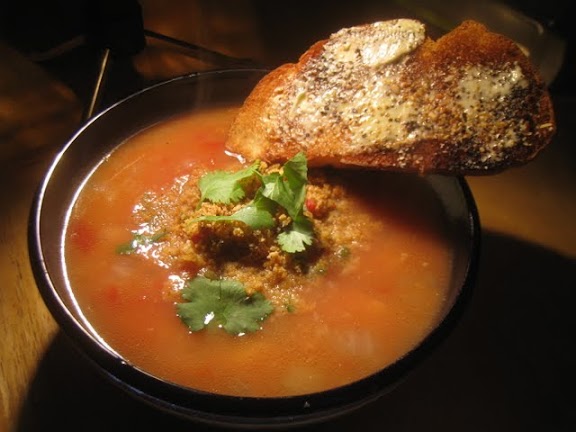 As my first test of a recipe from this book, I was planning to make a Southern American Succotash Soup with Chicken. So with my camera phone I took a picture of the recipe and went to the store. While we were going around the store gathering up items it dawned on me… This recipe has no chicken or corn. So I took a picture of the wrong soup’s recipe. I laughed about this for a minute and then decided I’d just make the soup I took a picture of, and I’m glad I did, because this soup is amazing, light tasting and simple.

So here is that soup…

INGREDIENTS
(these are slightly modified from what is in the book)

To serve this dish: Ladle the soup into bowls and then take one medium to large size spoonful of the butter and place in the center and let it melt for a few seconds. You may also want to serve this with lemon wedges and some bread. 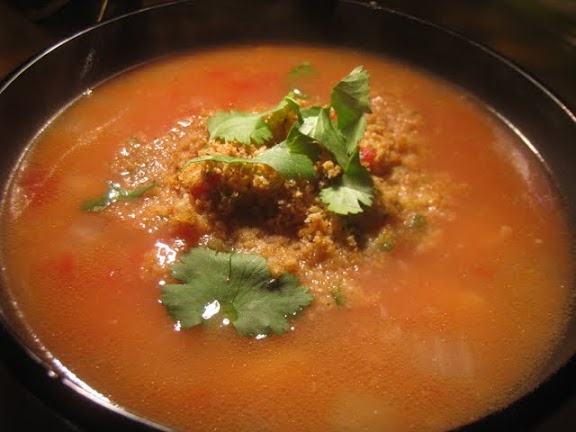 This soup is amazing. The charmoula butter is so good. I ended up doubling this recipe and Deanna and I had it for 5 days I think. I had extra charmoula butter so I wound up freezing the rest of it.

If you have a favorite soup recipe that you like we’d love to hear it, so leave a comment or shoot us an email.